Kaka had been voted best all-you-can-eat sushi a while ago, unfortunately it was located in Markham. A hard pass- that is, until they opened a second location downtown. We went in there voraciously hungry. Right off the bat, just looking around, we could tell this was going to some quality sushi. And for that price it had better be. In total we tried 14 dishes, then I gave up and Brent continued on with another 4 dishes. Everything was great. I finally got my unagi fix. I had a side of seaweed salad as a palate cleanser. The plum juice and sake cocktail was amazing. The green tea creme brulee and the butter popcorn ice cream were wacky and interesting desserts. Plus I had the entertainment of watching Brent try to eat a giant mega-sushi. What was supposed to be a tuna tower was instead a tuna puck. I was really glad I had stopped when I did, any more and I would have overeaten and felt awful the rest of the night. 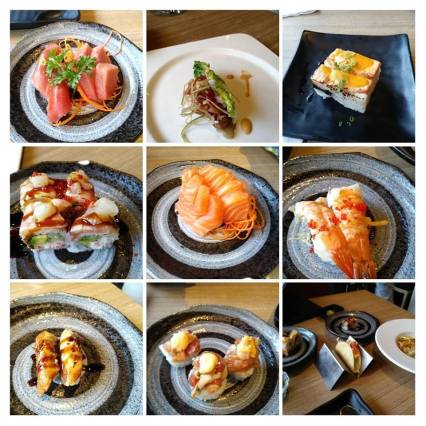